What are those swarms of insects found hovering in the air near the pond?  Midges make up most of these groups. The small flies look like tiny mosquitoes but do not bite.  They smear our windshield on a summer night’s drive, swarm over our head as we walk near the pond, cluster near bushes and collect around our porch lights at night.  Most of their life they live in the water and only emerge as adult flies when the water warms up.  Midges first appeared this year in early May, signaling that mayflies would soon appear.

Mayflies emerge as the pond water warms further.  The first hatch I observed this year occurred in mid-May.  Although called mayflies, adults appear all summer long, each species emerging at different times.  It has been claimed that there are 162 species that live in Maine.  When perched they hold their wings over their back like two praying hands.  The adult female lays eggs in the water.  The eggs hatch into the larval stage, the nymph.  To mature, the nymph lives in water for up to three years.  When signaled by rising water temperature, thousands of  nymphs come to the water’s surface where their skin splits and the adults emerge, ready to form a swarm. 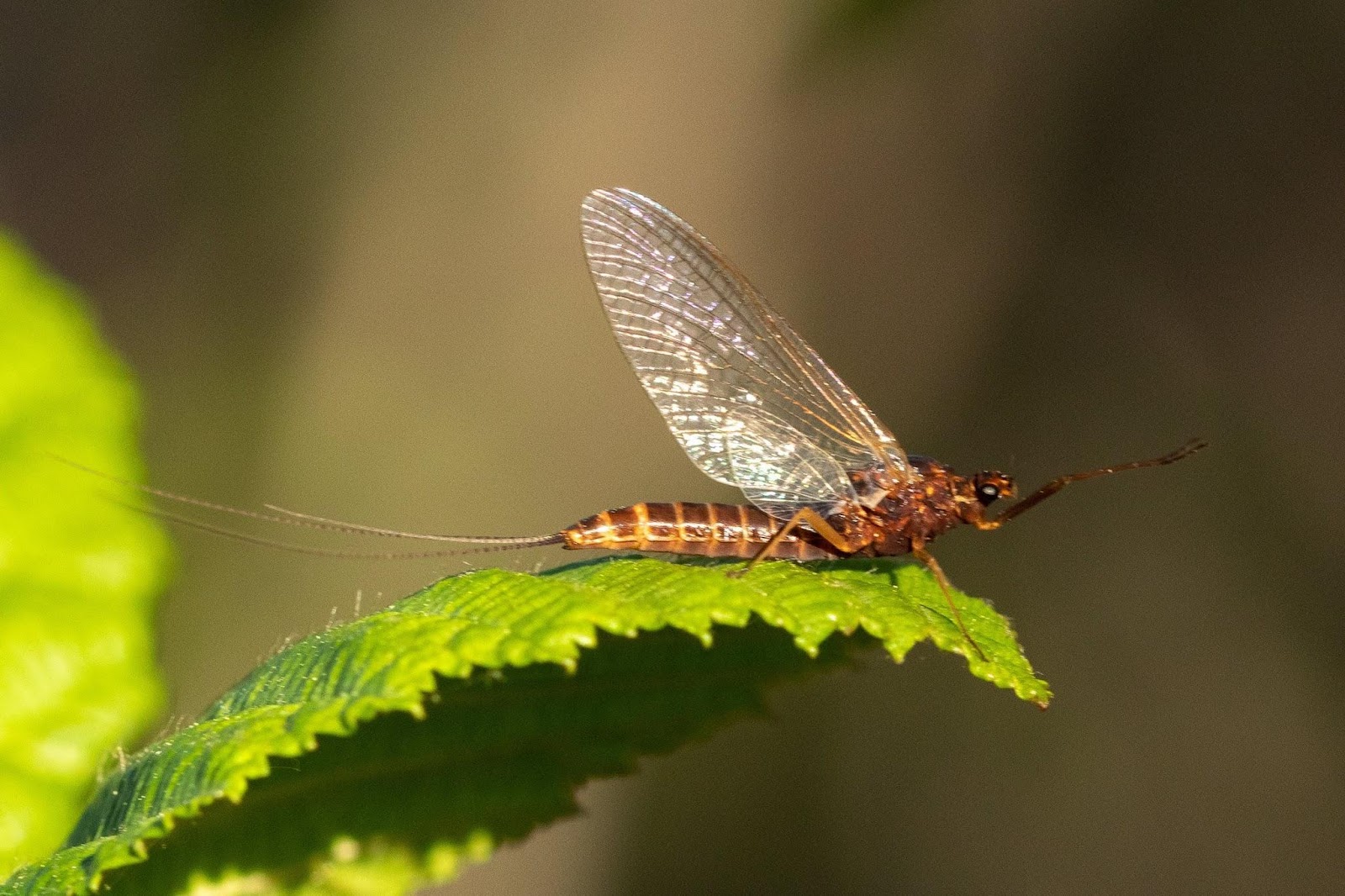 Swarms of midges and mayflies can be so large that weather radar will pick them up.  Estimates of swarm sizes range up to 80 billion individuals.  In past springs along Lake Erie, snow plows were used to scoop them off the roads.  As reported in National Geographic recently, scientists have found that the numbers of mayflies around Lake Erie have declined by 50%.  The cause is thought to be water pollution which kills the nymphs.

Males predominate in swarms, whether midges or mayflies.  They cluster together, flying rapidly up and down, waiting for females.  Once they mate the female immediately flies to the water and lays her eggs to begin the cycle again.  Mayflies belong to the group of insects called Ephemeroptera, the name of which is derived from the Greek words ephemeros (lasting only a day) and ptera (wings).  Whereas the aquatic nymph stage lasts up to three years, the flying adult may live only a few hours or days.

Both mayflies and midges provide food for wildlife.  Midges eat algae and decaying plants in the water and thereby remove phosphorus, improving the health of the pond.  Abundant mayflies in a pond are also a sign of good water quality.  Like midges, they remove phosphorus from the pond, and do not bite.  So please welcome the annual emergence of midges and mayflies.